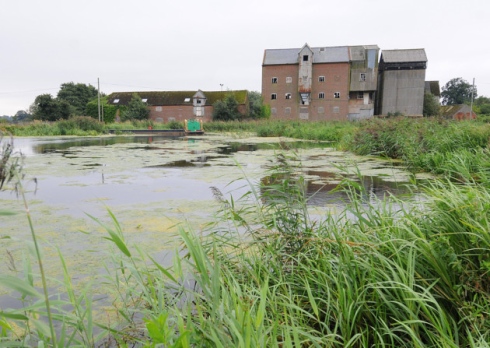 If the re-watering was permitted, supporters – including the North Walsham and Dilham Canal Trust and East Anglian Waterways Association (EAWA) – say it would provide benefits to farmers and wildlife, together with residents and visitors who could use it for leisure and pleasure.

But opponents believe dredging and clearance work already carried out on the canal have destroyed habitats and damaged wildlife.

The nine-mile canalisation of the River Ant, from Antingham to just above Wayford Bridge, at Smallburgh, was opened in 1826. The final wherry sailed it in 1934 and it fell into neglect.

Bacton Wood lock, one of six on the canal, has been virtually rebuilt by Laurie Ashton, whose Old Canal Company owns the waterway between Ebridge Mill lock and Swafield Bridge.

Mr Ashton hopes to restore Bacton Wood Mill to working order and re-establish the waterway as a sailing canal used by wherries.

But he lost an appeal last year against an Environment Agency “stop notice” banning him from further work on the canal between Ebridge Mill and Bacton Wood Mill.

David Revill, spokesman for the EAWA, said the canal was dry above Bacton Wood lock to the far side of Royston Bridge.

He claimed clearance work by EAWA volunteer work parties since 1998 had halted the destruction by nature of locks and other man-made structures on the canal.

And at the trust’s Ebridge Mill lock island open day in the summer, nearly 200 extra people had signed an existing petition supporting work on the canal.

“Our first aim had been to alleviate flooding in North Walsham and its environs, which had become quite a big concern, and we have achieved that,” said Mr Revill.

They had also given wildlife a big boost and opened up walkways which were well used by the public.

An agency spokesman said: “We appreciate that there is support for the aim of re-establishing navigation on the canal but there is also opposition.

“Over the last few months we have met with several interested parties to try to find a way forward that meets the needs of everyone in the community as well as the needs of the environment.”