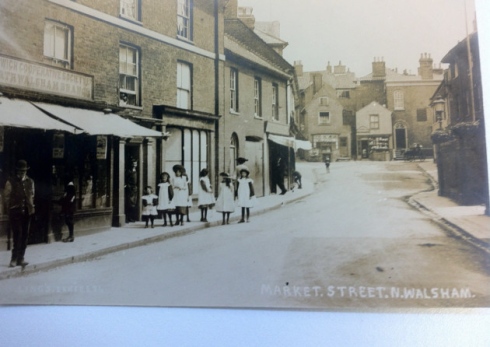 Discussions are under way on the feasibility of renting and converting the floor above the Chubby Panda chinese restaurant, on Market Street.

The historic north Norfolk market town has been searching for a suitable museum venue for some 40 years, without success.

But those involved in the current talks have stressed that investigations are at an early stage, with many hurdles to overcome.

Auctioneer Nigel Horner Glister, who has owned the building for the past 25-30 years, said the oak-panelled room measured 47ft by 28ft and included a stage.

It had once been used for social gatherings by Co-operative staff and had also been a venue for wedding parties, wakes and other events. In more recent years it was used for Horners’ auctions which have since moved to Acle.

Griffon spokesman Rebecca Matthews said there had always been artefacts in North Walsham for a museum, but nowhere to display them. She added: “This opportunity is quite exciting but we need to make sure it would be sustainable. We need to know that there would be funding, and enough people willing to run it.”

Once more information was available, a public meeting could be called to gauge local support.

Mike Ling, chairman of the archive group and a collector of local memorabilia, said he had about 60 small items which could be displayed, including examples of North Walsham crested china and pieces from his grandfather’s pharmacy business in the town.

Christine Turner, chairman of the historical society, said they would be happy to hear from people with items to donate to a future museum.

They could be catalogued and stored in a small room next to the district council building, on New Street.